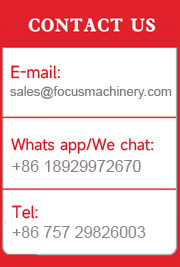 As China attaches great importance to environment and increases the awareness of enterprise cleaner production, the collection and disposal of soot coming from fastener enterprises will be given full attention step by step."
Soot is produced in the whole cold heading process of threaded fasteners, from the course of forming materials to the finished products. Different steps, different degrees of pollution. The multistage combined cold heading machines produce the most pollutant, followed by one die double blow heading machines. After the processing fasteners are quenched and tempered, much smear is left on the surface. Some still remains even though they are cleaned and tempered again. Compared with the big pollution sources that deteriorating the air environment, the kind of pollution takes up a small percentage, though. However, it contains soot of complicated complex, such as carbon black and dust. According to a study, soot consists of a great deal of carcinogen such as benzene and PCDD. Once emitted in the workshop, the soot will do harm to the human body. Emitted outside the workshop, the soot will pollute the environment. Furthermore, attached on the equipment, the condensate of the soot will contaminate the electric appliance and cause problems such as arcing or short circuit. Thereby, the normal operation of equipment will be affected.

As a result, as China attaches great importance to environment and increases the awareness of enterprise cleaner production, the collection and disposal of soot coming from fastener enterprises will be given full attention step by step.

At present, the following three standards could be kept for reference in terms of the emission limit of soot and noise in fastener enterprises: 1. Occupational Exposure Limit for Hazardous Agents in the Workplace GBZ2-2002, which emphasizes on people's health under the working conditions; 2. Integrated emission standard of air pollutants GB16297-1996, which considers the emission limit; 3. Emission standard of cooking fume GB18483-2001, which aims at the area of catering. As for fastener enterprises, they should confirm the measures based on the above standards and consult with the department of environment.

In China, private-owned fastener enterprises take up a large percentage. However, most of the scales are small, with worse working conditions and less welfare. Additionally, the workers are not well-educated and the rights for employees are not well ensured. Under such background, there is no doubt that the implementation of ISO14000 is good for the realization of employees' rights.